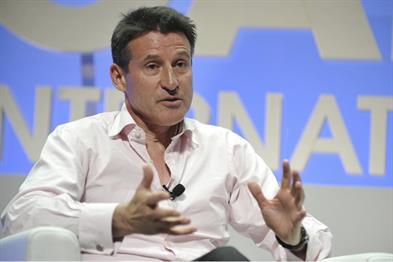 “The job of [publicising sponsors’ contribution] is partly Locog’s, of course [but] not all the brands have explained it well on their own behalf. There is a very good story to tell and they’re not always the best communicators in this market.

“I have been saying to them, we all need to tell this legacy story government, the organising committee, the London boroughs, the individual competitors and yes, [sponsors] need to be able to have a compelling narrative.”

The comments were made following a session during which the LOCOG chairman spoke on stage in a session hosted by WPP chief executive Sir Martin Sorrell.

Sorrell previously headed up a council of advisers to the London Mayor on maximising business benefits from the games.

As it happens, Martin Sorrell will be carrying the torch in Redbridge. He does not give a nomination story, but is aged 67 – the same age as the WPP executive. UPDATE: The Daily Mail spot this too.