Rupert Soames is having a very good year. In addition to netting a £7m bonus this year on top of his £1.39m salary, and seeing the company’s share price shoot up, he will have the opportunity to carry the Olympic torch through Wandsworth – thanks to his position as chief executive of the “Official Temporary Energy Services Provider to the London 2012 Games“.

Soames is one of four of the company’s 7 executive directors to be found among the list of Olympic torchbearers – although not one mentions the company in their nomination story:

None of the four non-executive directors on the board, from outside the company, were found on the list of torchbearers.

Olympics minister Hugh Robertson recently said that the Olympic organisers LOCOG had written to sponsors and “discouraged them from allowing executives to run with the torch and encouraged them to find as many local champions as possible.”

Aggreko is the latest company to emerge to have disregarded this advice.

Soames, the 53-year-old chief executive of Aggreko, does not provide a nomination story on his torchbearer page so it is hard to judge how he fulfils the LOCOG guidelines to sponsors that torchbearers represent youth, “personal bests and/or contribution to the community”.

The son of Lord and Lady Soames, Rupert was educated at Eton and Oxford, and is the brother and brother-in-law respectively of Conservative MPs Nicholas Soames and Philip Dunne.

His company Aggreko are pocketing a reported £50m for providing temporary power at the games. Talking about the deal following a trip to the far east in April with David Cameron, Soames said he hoped the Olympics would help showcase his company, “provided we don’t make a Horlicks of it”.

Nominations for torchbearers at Aggreko were reportedly put to the UK board “taking into consideration voluntary work, charity fundraising and how individuals have contributed to the company over the years.”

Aggreko could not tell us who nominated the board members themselves.

In addition to the four directors, the company has also nominated some employees to carry the torch. Andrew Wotton, Aggreko’s Major Accounts Manager, is the only one that the company has spoken publicly about.

But while Wotton’s story does mention voluntary work and charity fundraising, these are barely mentioned in the nomination stories of other employees given the opportunity to carry the Olympic torch: Chief Information Officer Tom Armstrong and senior analyst Dennis Cooper. 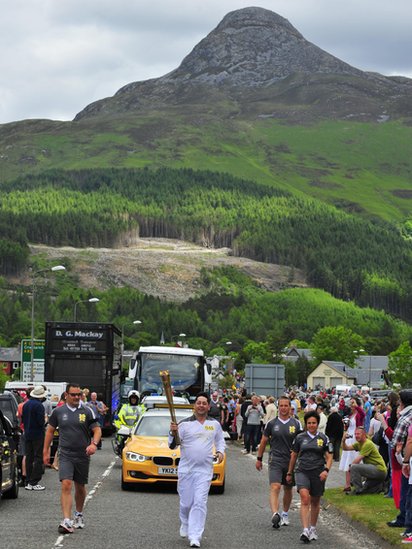 This contrasts with other sponsors who overwhelmingly nominated members of staff and children who raised money for charity, had achieved sporting milestones, or volunteered in their local community.

Despite being asked for a response on Tuesday by both Help Me Investigate and BBC Radio regarding why the organisation ignored LOCOG’s advice not to nominate executives, Aggreko have not yet provided a response.

A full table of the Aggreko torchbearers we have identified so far is available here.