Over the weekend an investigation has been progressing into police claims of an "extremely reckless and dangerous act" that they linked to Edinburgh's ClimateCamp.

In their press release last week,?Lothian and Borders Police put out a press release stating that around 9.30am "it was discovered that two arterial routes to Edinburgh were badly affected after a substance similar to diesel or vegetable oil was poured onto the carriageways. "City of Edinburgh Council had to use 7.5 tonnes of grit to clean the A720 at Bankhead and the west bound A8. "Lothian Buses removed its vehicles from the roads for a spell while the cleaning operation was carried out. The roads were never closed, but Police urged motorists to proceed with caution until noon when the road was clear once more." Despite the press release being widely reported in the press, investigations on the site have so far found no evidence of any oil slick on the A720 or A8 in records from Traffic Scotland or the UK Traffic Reports Archive, which?aggregates (and stores) traffic updates from the UK highways agency, and Traffic Scotland, amongst other bodies. Guardian Local in Edinburgh have submitted a Freedom of Information (FOI) request on the matter. The police have suggested they re-apply in two months.? Other members of the investigation have submitted separate FOI requests on separate matters. The investigation still needs help following up avenues with possible witnesses and other bodies that would have been affected by such an oil slick. If you want to join in, sign up at http://helpmeinvestigate.com/investigations/187 – and if you need an invite, just drop me a line on paul (at) helpmeinvestigate.com

Since last week’s blog post, the Guardian, having had the data thrown their way by a couple of freelance journalists at Peopleperhour, have made the website expenditure across all the UK councils public and the data is now available online.

It’s a shame that the link to the Guardian’s Manyeyes visualisation is a broken one, but it’s interesting that they have thrown data out to the audience to crowdsource visualisations and host them on their own Flickr group.

It’s a great chance to play around with a goldmine of data that is both contemporary and relevant, and there are some great examples up already.

So, to summarise, every council’s spending on websites is up there, and ten have spent over £100,000, including the over-exuberant Birmingham City Council, pushing way out in front with £2,800,000. And the data is all there  for you to use.

Sometimes, it?s nice to sit back and read through the results of a hugely successful investigation. Even nicer when we kicked the whole thing off.

The Telegraph online reported on Monday that ?councils are spending millions on redesigns of their websites despite facing the biggest funding cuts in their history?, with a story originating from a Helpmeinvestigate investigation into the Birmingham City Council website renovation.

The proposed website renovation had been announced in 2007 but was nowhere to be seen until 2009, and was supposedly being outsourced by private hire IT firms.

But, those working on the investigation could have had no idea as to the extent of the spending that was going on; after it was unveiled in 2009, investigations revealed that the total cost had ballooned from a proposed ?580,000 to an incredible ?2.8 million.

When the Birmingham Post reported the costs in September of 2009, Helpmeinvestigate finally had a result, and one that was clearly massively newsworthy.

The report written by Nick Booth (@podnosh) provides an appropriate conclusion to the story and offers an element of riposte on behalf of Birmingham City Council.

By spending over three times as much as any other council.

In fact, one third of the entire website redesign spending figures for the UK belonged to Birmingham City Council.

The full chart and figures are on the Telegraph article, including the raw data from the FOI requests made by themselves and peopleperhour.com.

It will most likely come as no surprise to most of the people working on the investigation that Birmingham City Council topped the chart, but the degree to which they have seemingly overspent has been magnified by the relatively moderate spending of most council.

It is by no means a bad thing that the council tried, back in 2007, to show that it was aiming to be in touch with the more technological aspects of serving the public but have those good intentions been overshadowed now? 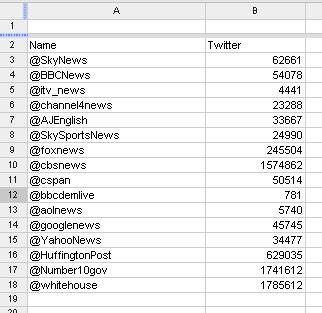 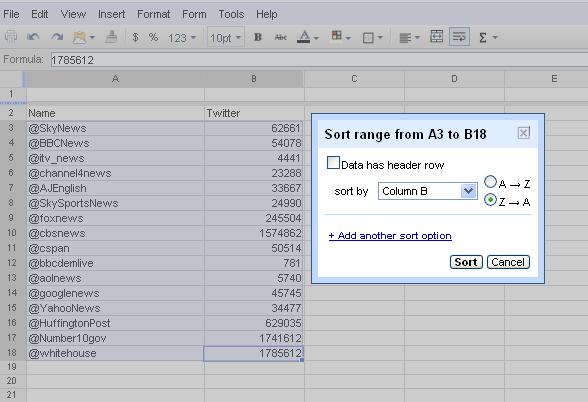 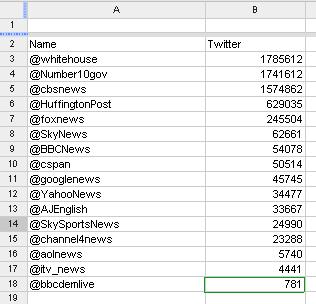 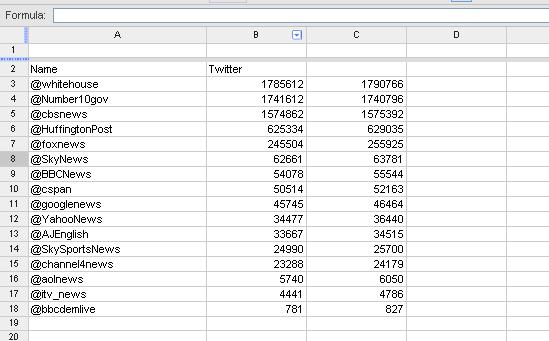 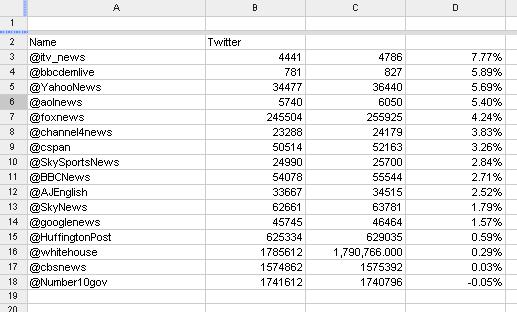 Other ways to sort data – – range =C3:C18 (difference between highest and lowest number)
– median = C3:C18 (the middle value – interesting to compare the average) Relevant tit-bits of information – – the AP style guide recommends giving numbers to 2 decimal places
– if you are starting with imprecise (often rounded numbers) then don’t use decimal places at all as this will only further distort the data
– audiences enjoy being able to see figures and do their own equations – so use the figures as much as possible and don’t clog up the report with unnecessary narrative (as I probably have with this).
– when requesting data, always ask for it un-aggregated and raw
These are our top tips for what to look for when going through election expenses receipts:

Armed with my Apple Mac and a spongy wrist cushion, I set about the task at hand, as I waded through over 100 PDFs of Councillor capital to pinpoint where exactly the funds were going and how effective this use was to us as voters.

After 2 days of tagging and forwarding receipts for anything from sound speakers to sellotape, I had concocted a list of my most interesting finds…

Birmingham City Council inform us that they have over 1,300 databases – but that they do not know exactly how many, and have no central list on what those are.

Most of the databases are developed and managed by Service Birmingham, who say it would be too expensive to find out that information. So, what have we found out?…

We managed to locate 37 databases run by varying branches of Service Birmingham. From ‘complaints’ to ‘compliments’, different databases are ran by a range of 8 organisations.
Below I have listed the managing departments and which databases they own:
Chief Executives Directorate:
Children Young People & Families:
Local Services Directorate:
Housing Directorate:
Birmingham Audit:
Revenues & Payments:
Adults & Communities Directorate:
Development Directorate:
The personal information that is entered into these databases are kept under a strict set of guidelines by the Data Protection Act 1998.
These findings show that with a certain degree of perseverance it is possible to get the results you need. As Paul identified in an earlier post, there is hardly any interest in people trying to track down this sort of information. The same goes for electoral receipts and documents that could be harbouring a front page story.
So get asking!